There are some tools known as game booster. You may have a question “Can these game boosters increase gaming performance?” This article will explain the answer.

PC gaming has become very popular. Gaming is one of the keys to Windows 10’s success. Windows itself has many excellent features for gaming. However, You may see some other third-party tools out there. Especially, the game booster has become a thing nowadays. All of these software makers claim their tools can improve PC gaming performance, especially the FPS. But, Do they really improve FPS? It is a ubiquitous question among the community. Let’s dig deeper to find the answer.

This a million-dollar question. When Windows 10 has a dedicated Game Mode feature, what extra benefits these game boosters can bring? Why do you need them, or why not? Let’s find out.

I have used the smart game booster to see what it can do to improve my gaming experience. To test it, I closed all other programs on my Windows 10 PC. Then, Clicked on the boost button to activate the game booster. I opened the Age of Empire 2 DE to see the impact. I have used a pretty old PC with 7th gen core i7, 32 GB RAM with GTX 1050Ti GPU, and a laptop with 7th gen i5 processor with 16 GB RAM and 2 GB MX940 GPU.

On my PC, I didn’t notice any significant improvements. But, There were slightly higher FPS. Normally, In an initial state, I get 60 to 75 FPS. The game booster was a maximum of 78 while the temperature was 2/3′ Fahrenheit higher. However, After playing for a while, it didn’t have any impact on the gaming experience.

But, After using its super booster, the game ran a bit better while temperature was going high.

I have tried this on my laptop too. As the laptop was not that powerful as the PC, the game booster had a slightly better impact in the same game. After playing for a while, it became very hot, and I had to close the game. As the cooling system in the laptop was very poor, it became hot easily.

After observing these two situation, I found the game booster can increase FPS. However, It may not stay long if there is no proper cooling system.

I am not a pro gamer. But, I play games occasionally. Age of Empires 2 DE, Counter-Strike: GO, these are most common in my list. As these two already runs well on my PC, I did not get very significant improvement in my gaming experience with a game booster. However, On the laptop, I saw some impacts. If you have an average gaming desktop, a game booster may help you with a super boost. However, If you don’t have a good cooling system, it won’t help. Even it may decrease the performance after some time as the CPU and CPU will become very hot. In slim laptops, a game booster is useless as the cooling system is not designed for gaming.

The final answer to the popular question is, “A game booster can bring a slightly better gaming experience if the cooling system is good. But, It will not help if your cooling system is not good or if you try it on a slim laptop.” As the answer is mixed, you can try a game booster to see if it helps you. Some of them offer a free trial. 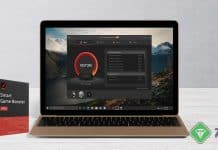 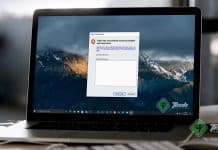 How to Fix Origin has Encountered a Serious Problem