TechClassy
Home Review iMyFone TunesMate Review – Should You Use this iOS Transfer Software?

iMyFone TunesMate is an iOS transfer software which can transfer media contents between iPhone/iPad/iPod and PC/Mac.

Are all iOS transfer tools worth your money? Have a look at this iMyFone TunesMate review and know if it is an appropriate choice for you or not.

When iTunes hasn’t solved a lot of iPhone content transferring puzzles, some alternatives are doing great. In fact, Most iPhone users prefer to have a dedicated software that makes it easy to transfer media contents between PC/Mac and iOS devices. TunesMate is indeed one of the popular iOS transfer tools. This review will help you to know about it in detail.

TunesMate is one of the popular software from iMyFone. The main purpose of this software is to transfer media contents between iPhone/iPad/iPod and PC/Mac. However, this review is going to reveal its pros and cons including pricing and discount information.

Like every other software, iMyFone TunesMate has system requirements too. Look at the table below for these requirements.

There is nothing much to talk about the features. The TunesMate is an iPhone transfer software with necessary transfer features. If you start using it, you will find the followings-

Here are the technical specs-

It is the main feature of TunesMate. You can easily transfer media contents from your iPhone to PC/Mac or vice versa. There is nothing much to tell about it. You are already familiar with similar features.

Sync and Transfer between iTunes and iDevices

You can add your media files to your iTunes library and also export the existing iTunes library to iPhone/iPad/iPod. This feature is actually very matured. It won’t overwrite your existing files. It is just like sync. So, TunesMate automatically detects any existing files and skips it while transferring.

Compatible with the iTunes Installed from Microsoft Store

Apple has released iTunes in Microsoft Store formerly known as Windows Store. In fact, It is not a new news as the iTunes is available on MS store for years. Unfortunately, Many of the third-party iPhone managers are not compatible with this version of iTunes. In this case, TunesMate is different. It is totally compatible with it.

UI is a particularly important part of the software. Because without a good interface, user experience won’t be good. In this case, TunesMate is successful. It has quite a simple and clean looking minimalistic UI. It looks familiar. Anyone should admit it that the UI makes it extremely easy to navigate between options. However, there are still scopes for minor improvements.

I have used it for days to learn about it clearly. In my experience, it is a quality software. Performance is very good. I haven’t found any bug or problem with the software. Installation process was also simple. However, there are things that could be improved. I used it to export photos and other media files to my PC. However, one thing was unexpected. In the photo module, you can’t preview photos in full size. You can just see small preview in the thumbnail. Another thing is, unlike video or music, you can’t import any photo from PC/Mac. It means you only can export photos but can’t import.

These two things aren’t a performance problem. It is just lack of features. Except these two surprising things, the overall experience with TunesMate is very smooth. Import or export speed is good. Though it depends on the lightning cable, USB port and the iOS device condition.

If you already have read the other parts of this iMyFone TunesMate review, you may have understood which are the downsides. No preview for photos and the lack of the ability to import photos from the computer are indeed the two major downsides. Else, It doesn’t have any wireless transfer option. It may be a problem for some users who hates wires. However, another thing may be the price. It is not free software. You will have to pay, and the price is not cheap.

The pricing of TunesMate starts from $29.95/year for a PC/Mac. A lifetime license for 5 PC or Mac is $49.95. Which is indeed a good pricing per computer.

TunesMate is a simple iPhone transfer software with minimal features. However, iMyFone is known for making great software for iDevice users. So, You can expect that in the future, this one will get more features. The initial pricing is higher. But, If you look at the 5 PC/Mac family lifetime license, it is just $7.5/computer. However, I like to say try its trial version first. If it satisfies your needs, you can definitely purchase it at the discounted rate.

Are you already using TunesMate? If yes, you can express your experience in the comment box. 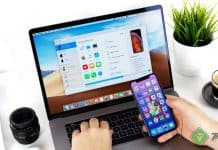 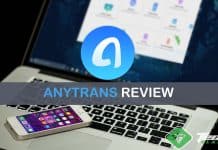 iMobie AnyTrans Review – Is it the Best iPhone Manager? 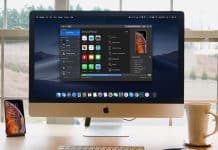 iMazing Review – Is it the Perfect iOS Manager for PC & Mac?