TechClassy
Home Tech Geek iTunes Microsoft Store Edition vs. Standalone: Which One You Should Use?

Can’t decide between Microsoft Store Edition iTunes vs Desktop Standalone iTunes? This article will help you with some important points.

If you are an iPhone/iPad or iPod user, you know about iTunes very well. Specially, In Windows, iTunes plays a big role in managing your iOS devices. There are two types of iTunes available for Windows. One is a classic standalone Win32 version, and another one is the Microsoft Store version. For the most part, these are the same. But, there are some differences too. You may ask yourself which one you should use. This article will help to find the answer.

iTunes Microsoft Store Edition vs. Standalone: Which One is Better for You

Many people rely on iTunes to manage iOS devices from Windows. Though some iPhone managers like iMazing, AnyTrans, or DearMob let you manage iPhone without installing iTunes. These tools install the Apple driver by itself to achieve all functionalities.

However, Many third-party iPhone-related tools like iPhone data recovery software, iPhone manager, DRM remover, etc., still requires you to have iTunes. Besides this problem, Many people don’t prefer anything else except iTunes. As there are two versions of iTunes, I will show the pros and cons of them and later tell you which one you should use.

The main benefit of this iTunes is you won’t have to go to Apple’s website. You can directly search in the store and install it. It won’t install any Apple update service that runs in the background in Windows. This version will always get the update through Microsoft Store like any other apps.

In terms of features and performance, it is very similar to the classic Win32 iTunes. The initial release was a bit buggy. But, Now, It is very stable and has no major performance issues. The Store version of iTunes also feels a bit faster in performance.

Also, You can uninstall this iTunes app very quickly with a single click. It doesn’t leave any nonremovable files or folders like a Win32 app.

The main disadvantage is it is not yet compatible with many third-party tools. You can’t use both versions of iTunes. If you have installed the store version, any third-party app that requires classic iTunes won’t work. These tools will ask you to install the Standalone iTunes. It is a very annoying problem.

Secondly, Although it looks and feels similar in functionalities, many iPhone users don’t prefer it because they have faced some weird problem. It may be a result of minor limitation that is not visible in open eyes.

The standalone iTunes can do everything the store version can do. Besides, It is compatible and reliable. You can use any other third-party tools with it. For example, Many users prefer MediaTrans to remove DRM from media contents purchased/rented from Apple. It requires standalone iTunes to work.

The installation process is not easy and as quick as the store version. You will need to go to Apple’s website, find the software, download it, and install it. During the installation period, you will also need to click on several things.

When you want to uninstall iTunes, you can’t do it easily like the store version. It may leave leftovers. Also, it may leave extra services installed.

Which One Should You Use?

If you want to let everyone know your opinion on iTunes Store Version vs. Standalone edition, you can put it in the comment box. 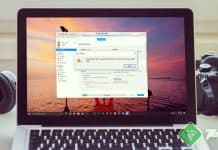