If you are a privacy-concerned internet surfer, you must know about VPN. There is a common question “Do VPNs slow down internet speed?” This article will satisfy all of your curiosities regarding this.

VPN is mainly a private network that helps to encrypt our information and conceal the IP address. By using the best VPN, you can access any server safely like an anonymous user. You can surf privately, watch videos from different regions using a VPN. For a better internet experience, speed is a vital thing. However, We don’t know whether a VPN can slow down our Internet speed significantly or not. It is the genuine concern of many users who are interested in using a VPN.

Can a VPN Slow Down My Internet Connection Speed?

Yes, sometimes VPN can decrease the internet speed and increase latency. As your internet traffic goes through the VPN server, it may add an extra delay in exchanging data. As a result, Internet speed can drop by a noticeable percentage. It also has many other reasons.

But most of the time, this minimal difference won’t be noticeable. Now, you will know all the facts of this issue and how we can overcome this problem.

When Can VPN Give You a Terrible Internet Experience?

Apart from internet traffic going through the VPN servers, there are other factors like the distance of the server, encryption system, overloaded server, free VPN service, bad VPN service, incorrect Protocol system, device problem, and so on. These all can contribute to slow down the speed. Here you will get an elaborate idea about these factors.

The distance from your area to the VPN server is a major factor that can affect internet speed. The higher the distance is, the poorer the connection is. If the server is situated far away from your location, you will notice significantly slower connection and latency. As a result, try to use a server that is close to your location.

Moreover, you should choose the fastest VPN that provides a lot of servers around the world, like PureVPN. It has 6500+ servers in 140 countries. These servers help to overcome the restrictions and increase the internet speed.

Encryption is mainly an encoding system that secures your information. It’s a must to protect your privacy. For encoding and decoding, it takes a bit of time. It’s not that much noticeable in most cases. However, Sometimes, It can be a reason for the slow internet experience.

And VPNs are designed to provide you with the highest level of security and privacy. The more the encryption and security provided by the VPN, the slower your internet speed will be. In that case, a VPN encryption system can be the cause of slowing down the internet speed.

Not all the time, VPN is the only reason to decrease your internet speed. Sometimes your internet service provider provides poor connection of internet. The best approach to see if your VPN is slowing down your internet is to test your speed while downloading a file with and without your VPN enabled. You should be able to check how much your VPN affects your speed right immediately.

Firstly, disconnect the VPN before checking your internet speed. Now, use a testing tool to perform the speed test.

You will get the details of your internet speed in a matter of seconds and will be able to tell whether your internet speed is faulty or not. If you have a sluggish internet connection, to begin with, there’s a good possibility you’ll have speed troubles while connected to a VPN as well.

When using a VPN service, server load is another common problem. Although most VPNs do not allow you to judge or gain genuine insight into the demand on each server. Some VPNs do provide data on server load.

Additionally, you may experience poor speeds if many people are using the same server to which you are connecting. As a result, you should choose a different server that can get more traffic.

There are many VPN (virtual private network) service providers that offer free internet for Android users. Customers who use free VPNs have access to a limited number of servers. It may create traffic on these servers. That makes the internet slow down for free users. Other traffic-free servers are only available to paying customers that want to make use of the high-speed service.

So, when it comes to internet speeds, a free VPN has less speed than a paid VPN. Else, There is a few sensitive disadvantages of free VPN. If you want to use a free VPN, you can consider iTop VPN or Atlas VPN as these are trusted.

The VPN service you choose is the most important fact in influencing your Internet speed. Smaller providers may not have the ability to supply all of their customers with higher speeds. VPNs that are available for free are usually always slower and less secure than those that are paid. So if you want more speed for downloading, watching movies, and so on, then always try to use the best-paid VPN. For example, Surfshark VPN, CyberGhost VPN, etc. These VPNs have a lot of servers. These can afford to keep a sufficient number of high-speed servers to accommodate all of their clients.

When can a Premium VPN Improve Internet Speed?

If you think between ISP’s Internet and premium VPN, undoubtedly premium VPN gives you extra facilities. Your ISP’s Internet server may have configuration problems. Also, it may be too weak to manage a large number of customers. Else, the Routing structure may not be well optimized.

But, premium VPNs have well-optimized servers along with updated features. It can provide you with a smooth experience, online privacy protection, even if you use a VPN for online video streaming, peer-to-peer (P2P) activities, video streaming, or gaming.

The best premium VPNs have dedicated servers for each of these activities so that you can forget about buffering and slow downloads. As a result, you’ll have more geo-restricted services and websites available to you.

We all know that the more servers, the better for improving connection speed. For these features, a premium VPN improves your internet speed.

What to do to get a Better Experience while Using VPN?

We mentioned before that distance from your location to the VPN server’s location creates a major impact on internet speed. If you are in the USA and using a VPN server that is located in Japan, then it takes more time to travel a data packet from here to there and back. For this process, your internet speed slightly decreases. So, always try to choose the closest VPN server.

2. Use a premium VPN

When you are using a premium VPN, it gives you all updated facilities. You can browse all the content on the web from all over the world. It also permits you to see the contents which are not available in your geographic location. A premium VPN provides extra privacy and security, enhanced internet experience because you paid for it.

VPN protocols are the techniques that VPN servers use to connect to your device and encrypt your data. There are a lot of protocols available. Each has its own set of advantages and disadvantages. You can advise your VPN client to use whatever protocol you like. If your current protocol settings aren’t giving you the results you want, consider changing them. UDP is the fastest protocol, and TCP is a more secure protocol. If privacy is not that much important, UDP should be your ultimate choice.

When a lot of people are using a popular server at the same time, it can get more traffic and slow down the internet speed. So don’t be afraid to choose one that’s a little further away if the nearest ones are too slow. You may have to switch servers several times before finding one that works best for you, so be patient and keep trying. Your VPN may allow you to choose a server for you automatically. This choice is usually based on speed. Allow the VPN to select the best server location for you and observe if your connection improves.

If you’re already trying to fix it but still face the same problem, then it’s time to move to the best VPN. Try to find a fast, secure, and reliable VPN for your budget subscription fees. For example, StrongVPN and IvacyVPN are trustworthy and faster VPNs.

7. Restart your device and router.

Sometimes VPN can’t connect to your device or the speed is too slow. It may happen because of technical problems with your device or router. So, firstly turn off your mobile or computer and take some time to restart. If the problem still has then you can restart the router as well.

On the other hand, Your router has a great impact on the speed of your internet connection. Your router will be unable to keep up if it is outdated. Its position in the house is also important. You’ll want your router to be close to your device so it can send a strong signal to them. Of course, you’ll want to double-check that your modem and other devices are in good working order. Most of the time this procedure helps to increase the internet speed.

8. Remove background apps for your device

Running a lot of background apps affects your internet speed. Because not only VPNs but also a lot of apps use the internet. It also can make your device slow. The more apps are open in the background the more slow your internet connection will be.

To solve this problem, always try to refresh the background apps and clear the junk files. It helps to increase the internet speed.

Will a Good VPN speed up the internet?

Most of the time, a good VPN can run faster than a connection without the service. At certain times of day, you may find that your internet speed breaks down. It may happen because several people are using the internet at the same time. As a result, your internet service provider drops the internet speed for managing all customers. In that case, VPN plays an important role. Because it has several servers, you can use a traffic-free server that boosts up internet speed.

To reduce the chances of speed reduction problems, you should also evaluate the above-mentioned VPN capabilities and follow those steps before choosing a provider. I hope it will help you to solve this issue. Thus, If you have any queries about this topic feel free to ask in the comment section. 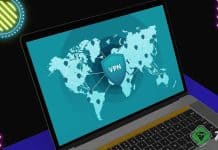 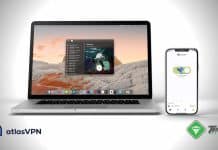 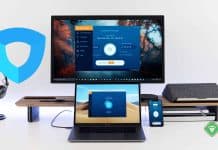